After dealing with a few speed bumps since Noosa Triathlon in November, causing a slow build of my training the last few months, it was a great feeling to finally be back out racing in my Novaswimwear suit on the weekend and come away with a win. It was the last race of the Gatorade QLD Tri Series at my favourite course, Raby Bay.

My coach Brad Wright and I saw it as a great opportunity for me to have a solid hit-out during a hard training block, before some important races coming up this triathlon season. Following a strong swim leg, I opened up a 1min50s lead on the second open female, and extended my lead throughout the bike and run legs. Without knowing where I was with my race fitness, it was a great relief to see and feel the results of some hard training, and knowing I have a lot more to improve this season. Not only was I able to come away with a 2min15s win, but also a lot of confidence in my training and fitness leading into my next big race Wollongong OTU Oceania Championships on the 5th of March, and also Gisbourne OTU Oceania Championships on the 16thof March. 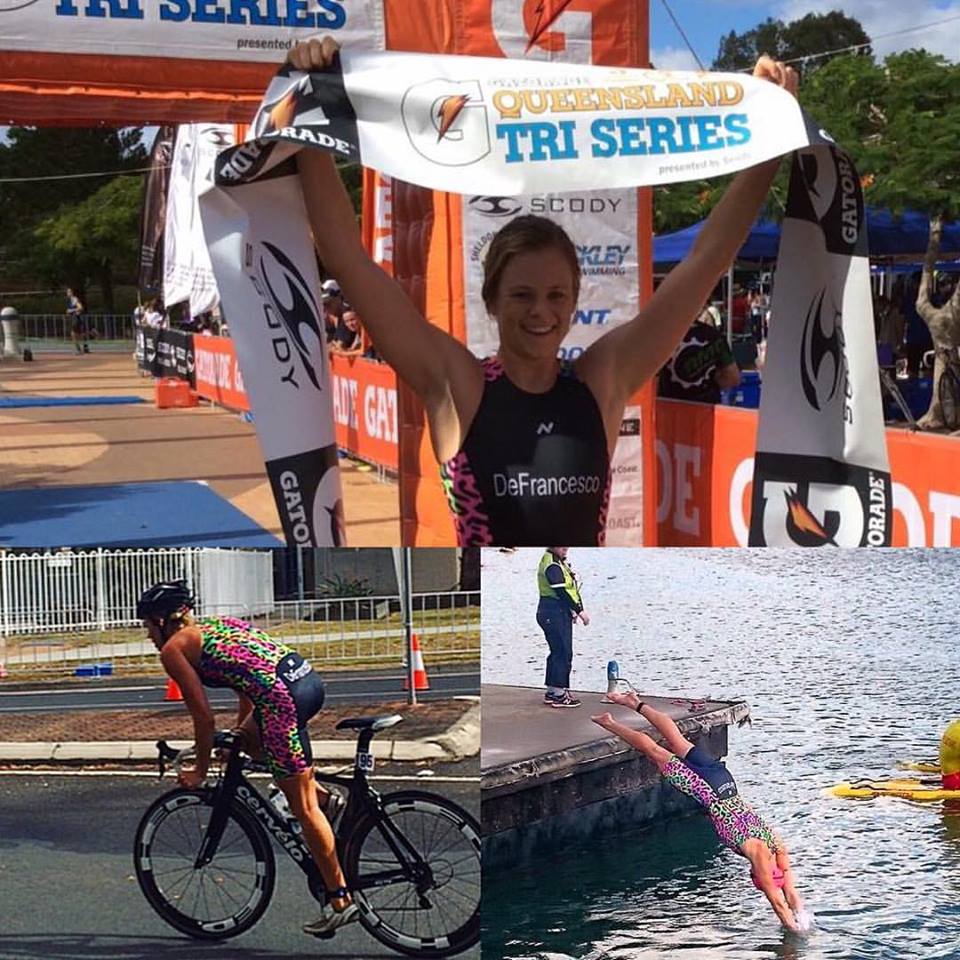